The U.S. Economy is Not the Same as the Stock Market

You are here:
ViewpointsCoronavirusInvestment Whys 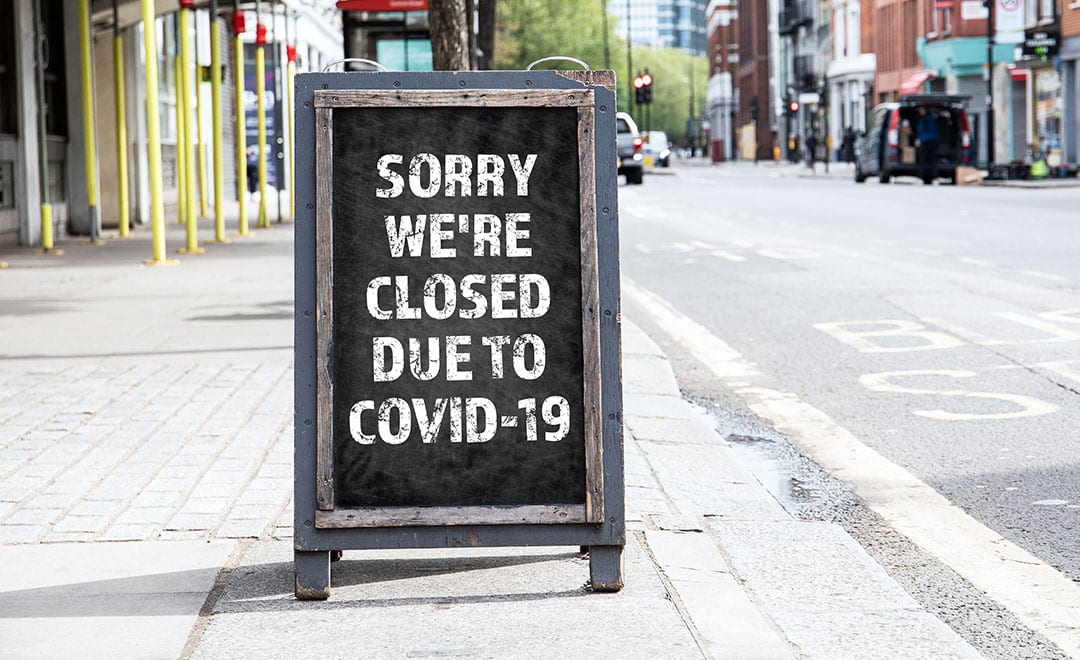 It’s reasonable to say we were gobsmacked by the pandemic caused by the SARS CoV2 virus.

“You might remember your parents or grandparents talk about the Polio Epidemic of 1916 or the 1918 Spanish Flu virus that caused the deadliest pandemic of the 20th century,” said Gene W. Henssler, Ph.D., President and Director of Henssler Financial. “More recently you may recall the Swine Flu from 2009-2010, West Africa’s struggle with the Ebola virus or the recent Zika epidemic in South America and Central America.”

“However, by the summer of 1919, the flu pandemic came to an end,” he said, as those that were infected either died or developed immunity. Since 1955, most Americans have been vaccinated against polio, the disabling disease that infected the spinal cord, causing paralysis. “The big difference is that the Swine Flu, Ebola, and Zika viruses never became a major threat in developed nations.”

The novel coronavirus that became the COVID-19 pandemic brought developed nations to a halt. This virus could be transmitted by using widely touched surfaces like a gas pump or ATM, or a simple sneeze that could otherwise be attributed to seasonal allergies. First-world countries haven’t had to deal with a disease that kept the public shuttered indoors in nearly a century. Coronavirus was everywhere.

The virus was so highly contagious the only way to slow the spread was to shut down all non-essential business—again something that developed nations haven’t had to face. With descriptions like “unprecedented,” “trying,” and “turbulent” being used to describe what we were all going through, the S&P 500 Index lost almost 34% in a month as the United States was forced to shut down to avoid excessive loss of life and slow the spread.

“While you may want to compare the pandemic’s economic fallout to other business cycle downturns, it’s just not apples to apples,” said Troy Harmon, CFA, CVA, the firm’s Chief Investment Officer, adding that recessions generally develop over a longer period, as a result of deteriorating underlying economic conditions.

“Our current economic crisis developed suddenly because of a fast-moving global pandemic, which is why the markets have reacted as if it were a severe natural disaster. Consider the unprecedented surge in initial jobless claims during the initial three weeks,” he said. “The pattern more closely matches what we witnessed with Louisiana after Katrina than the U.S. economy following the Great Recession.”

Clearly, the current pandemic is not the same as Hurricane Katrina. The pandemic has not destroyed our country’s infrastructure, and there is no clear date when recovery will begin. Yet we’ve witnessed stock prices rising 49.56% in the aftermath for a year-to-date gain of 4.05% through September 22, 2020. So why does it still feel so uncertain?

Looking at the Disconnect

The main reason the stock market has rebounded so quickly was because of the Federal Government’s response. Printing $3 trillion and putting it in the hands of consumers has a way of boosting attitudes and spending. The rapid response was a short-term positive, and the momentum it provided has kept the economy coasting along.

Consumer sentiment is stronger than expected, but polling by the University of Michigan shows consumers are concerned about the future. Economic indicators are not bright, but the stock market is looking past the pandemic.

There are more than 400 American companies in the top 1,000 largest public companies on Earth with a combined market value of more than $25 trillion. In fact, the top five companies overall are U.S. based, starting with Apple, Inc. with a market cap of $1.91 trillion, which is followed by Microsoft, Alphabet, Amazon.com, and Facebook.

While these companies experienced the financial shock of the pandemic, these were also the companies that kept the first-world nations running with computers, online infrastructure, and home deliveries. The coronavirus has been a boon for online retail and technology, which have both become an integral part of the new normal as people refrain from stepping outside their homes.

Compare those stock market giants to the 30.7 million small businesses in the United States, which account for 99.9% of all U.S. businesses. Small businesses also generate the majority of jobs in the United States, creating 1.5 million jobs annually, accounting for 64% of new jobs created. Small and medium-sized businesses contribute significantly to global economic growth by providing employment, promoting sustainable industrialization, and fostering innovation. Furthermore, about 80% of small businesses are considered in the services sector, providing professional, business, or personal services—many of which were subject to the forced shutdown.

In March, nearly 70% of U.S. small businesses were forced to shut down when the United States became a hotbed for the virus. More than 60% of the businesses that closed were due to government or health authority orders, as large parts of the country went into lockdown to curb the spread of the virus. Furthermore, 31% of small businesses in the U.S. are currently non-operational as a consequence of COVID-19.

“It feels like everything is closed. You see your neighbors out of work. Your teens don’t have summer jobs,” said Harmon. “You’re not going out to dinner, going to the movies, or going to church on the weekend. Sure, you can do some of this with Uber Eats, Netflix, and an online Sunday service, but it’s not the same. You’re still isolated. And every time you order from the mom-and-pop neighborhood restaurant, you wonder if this will be the last time before they can’t afford to stay open any longer.”

Before the pandemic and related closures, the main pillar supporting our economy was the consumer, explained Harmon. With low unemployment and rising wages, consumption was robust, and that made for a strong economy. With that pillar being forcibly taken out, the economy is now dealing with significant declines. Gross Domestic Product (GDP), a major indicator of economic health, shrunk by 5% in the first quarter of 2020, and unemployment is now figured to be around 11%. However, as in most natural disasters, once the immediate threat passes, the damage can be assessed, and rebuilding will begin.

“While we don’t believe unemployment will return to its pre-pandemic 3.5% level anytime soon, once we get through July, it will not surprise us to see unemployment fall below 10% as the economy revives,” said Harmon. “Additionally, the stock market is forward-looking. It seems to be looking through the negative noise and finding reason to rise in anticipation of good news.”

“Second quarter’s GDP came in at -31.7%, as expected,” said Roger Tutterow Ph.D., Chief Economic Adviser to the firm. “The key is that this was in line with consensus expectations. We knew April and May were bad months. June was getting a little better, but in July, we saw even more retail establishments opening back up.”

Tutterow further explained that -32.9% is an annualized number. “Gross domestic product was down around 9.1% during the three months, but when that’s annualized, it’s an ugly number for the quarter,” he added. “At the beginning of 2020, our expectation was for GDP to increase by 1.9%. With data for the first two quarters received, consensus expectations are for a 5% to 6% decrease for the year. Employment and retail activity should continue to rise in coming months.”

“But that’s not to say we won’t contract again,” he said. “We could have surges in infections or forced shutdowns again.”

It’s hard to predict what—if any—additional stimulus will come out of Washington. It is an election year, and those up for re-election may want to look like heroes to small businesses. On the other hand, they may want to look fiscally responsible to investors.

“The truth is we just don’t know. The parties in Washington have different ideas on what our economy needs,” said Harmon. “They are in a tight spot between saving small businesses and increasing our country’s debt.” Three trillion dollars created to cure an unexpected economic event will take substantial time to unravel. The Fed must be absolutely artful in how it monitors and removes such cash from the economy as conditions become more favorable.  The fear of future inflation coupled with a weakening U.S. dollar has driven gold prices 25.24% higher in 2020 through September 22.  Low interest rates are beneficial for such actions, but investors are finding it increasingly difficult to find yield, thus forcing more risk-taking. In the short-term, this dynamic is manageable, but the debt will become more burdensome if interest rates begin to rise.

“There is a lot going on,” added Tutterow. “We know corporate earnings are suffering. We have high unemployment. We have a very unpredictable coronavirus. We have an upcoming election. That’s a lot of variables that can affect the economy and consumers’ attitudes.”

“We stand by our time-tested advice,” said Henssler. “Investors should keep the money they need in the next 10 years out of the stock market. You want to minimize the volatility that money is subject to. You don’t want to be in a position where you’re forced to sell your investments because you need cash.”

“And if you don’t know how much you need, then it’s time to talk with your financial planner,” Henssler said. “There is a lot of uncertainty out there. You need to be certain of your plan.”

3 Reasons to Launch a Startup During a Recession
October 9, 2020

Still Waiting for the IRS to Cash Your Check?
October 8, 2020

Case Study: Growth and Value – Now is Not the Time to Switch Courses
September 21, 2020

Businessowners: Is the Temporary Deferral of Employee Payroll Tax Worth It?
September 18, 2020

How States are Reshaping Nexus Laws for Remote Employees Due to COVID-19
September 11, 2020