The Coronavirus and the Global Economy

You are here:
ViewpointsBlogCoronavirusMarket Commentary 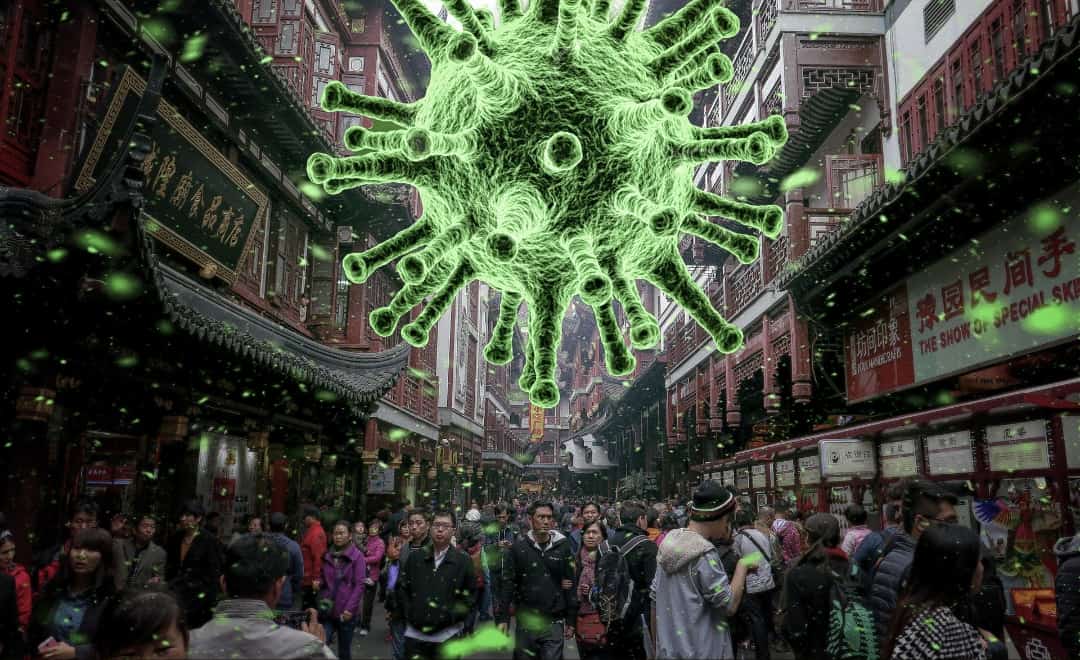 As of February 26, 2020, the death toll from COVID-19—the official name of the coronavirus first reported in Wuhan, China—passed 2,700, while the number of confirmed cases exceeded 80,000. Almost all were in China, most of them in Wuhan and the surrounding Hubei province. But more than 2,500 cases, including 46 deaths, had been reported in almost 40 other countries. A surge of cases and deaths in South Korea, Italy, and Iran caused new concern that the virus may be difficult to contain.1

By mid-February, at least 150 million people in China were under restrictions affecting when they could leave their homes, and more than 760 million—about 10% of the world’s population—lived in communities under some form of travel restriction.2 Most global airlines canceled service to and from China, disrupting tourism and business travel.3

The Chinese government enacted restrictions around the time of the Lunar New Year celebration, during which many businesses were closed, lessening the immediate impact. However, as factories and other businesses remained closed after the holiday, the loss of Chinese production and consumer spending began to take a toll on global businesses.4

Many U.S. technology companies have manufacturing operations in China while also selling to Chinese businesses and/or consumers. Companies with substantial exposure to the slowdown in China include big tech brands such as Apple, Dell, Hewlett Packard, Intel, and Qualcomm, as well as many smaller tech businesses.5-6

Vehicle manufacturers throughout the world rely on Chinese-made parts, and many have plants in China. General Motors (which sells more cars in China than in the United States), Ford, Toyota, BMW, Honda, Nissan, Tesla, and Volkswagen all suspended operations in China, while Hyundai and Renault closed plants in South Korea, and Fiat Chrysler closed a plant in Serbia, all due to parts issues.7-9

In addition to disruptions in the global supply chain and the Chinese consumer market, the tourism industry in the United States, Europe, and other Asian countries may be hard hit by the absence of Chinese tourists. One estimate suggests a loss of almost $6 billion in U.S. airfares and tourist spending.12

Although it is too early to measure the full effect on global business, a private report released on February 21 indicated that U.S. business activity had slowed in February to the lowest level in six years, with the biggest hit to the service sector, where travel and tourism are major components. The report also indicated a sharp drop in Japanese business due to lost tourism and export orders. Exports were down in Germany, but the initial impact on the eurozone was minimal.13

China is the world’s largest importer of crude oil, and Wuhan is a key center of its oil and gas industry. The prospect of lower demand drove oil prices into bear-market territory—defined as a drop of 20% from a recent high—in early February. Prices rose later in the month but dropped again with news that the virus may be spreading. Natural gas prices have also been hit by the prospect of lower growth in Asia. While lower prices may be good for U.S. consumers, oil-exporting nations, including the United States, will face lower revenues, and energy companies that are already on rocky ground may struggle.14-17

In late January, the Dow Jones Industrial Average lost 3.7%, due in large part to concerns about the virus, wiping out gains for the year.18 The market bounced back quickly and set new records in February, but weak business news and a rash of cases outside of China sent it plunging, with a loss of almost 8% from February 19 to 25.19-20 This suggests that the market may be volatile for some time and that future direction might depend on the progress of disease control and emerging information on the impact of the virus on U.S. and global businesses.

Anything that affects China, the world’s second-largest economy, can have a powerful ripple effect around the globe. An early February report by Moody’s Analytics estimated that every 1 percentage point reduction in China’s real gross domestic product (GDP) will reduce global GDP outside China by 0.4%. The report projected that disruption caused by the virus would cut more than 2 percentage points off China’s GDP growth in the first quarter of 2020 and result in a loss of 0.8% growth for the year. This in turn would cause a loss of about 0.3% in annual global GDP growth outside China and about 0.15% in the United States. Moody’s lowered its projection for 2020 global growth from around 2.8% to 2.5%.21

In a February 16 forum, Kristalina Georgieva, managing director of the International Monetary Fund, was more optimistic, suggesting that the virus might shave 0.1% to 0.2% off the IMF’s 2020 global growth projection of 3.3%. Georgieva cautioned that there was still a “great deal of uncertainty” and emphasized that the economic damage depends on the length of the disruption. If the disease “is contained rapidly,” she said, “there can be a sharp drop and a very rapid rebound.”22

The immediate concerns are to combat the virus on a human level and normalize business activity, but the outbreak could accelerate the shift of U.S. and European manufacturing away from China, creating a more diversified global supply chain.23-24 The situation remains in flux, so you may want to keep an eye on further developments.

All investments are subject to market volatility and loss of principal. Investing internationally carries additional risks such as differences in financial reporting, currency exchange risk, as well as economic and political risk unique to the specific country. This may result in greater share price volatility. Shares, when sold, may be worth more or less than their original cost.

If you have questions or need assistance, contact the Experts at Henssler Financial:

Disclosures: The following information is reprinted with permission from Forefield, a division of Broadridge Financial Solutions, Inc. The investments referenced within this article may currently be traded by Henssler Financial. All material presented is compiled from sources believed to be reliable and current, but accuracy cannot be guaranteed. The contents are intended for general information purposes only. Information provided should not be the sole basis in making any decisions and is not intended to replace the advice of a qualified professional, such as a tax consultant, insurance adviser or attorney. Although this material is designed to provide accurate and authoritative information with respect to the subject matter, it may not apply in all situations. Readers are urged to consult with their adviser concerning specific situations and questions. This is not to be construed as an offer to buy or sell any financial instruments. It is not our intention to state, indicate or imply in any manner that current or past results are indicative of future profitability or expectations. As with all investments, there are associated inherent risks. Please obtain and review all financial material carefully before investing. Henssler is not licensed to offer or sell insurance products, and this overview is not to be construed as an offer to purchase any insurance products.

Congress Has Authorized a Second Round of PPP Loans
January 22, 2021

A Business Plan Can Be Your Guide to Growth
January 15, 2021

Whenever Times are Worrisome, Go Back to the Basics
January 14, 2021
Categories
Archives
Go to Top
Get the latest news about how COVID-19 is affecting your financesLearn More
+