You are here:
BlogIn The News 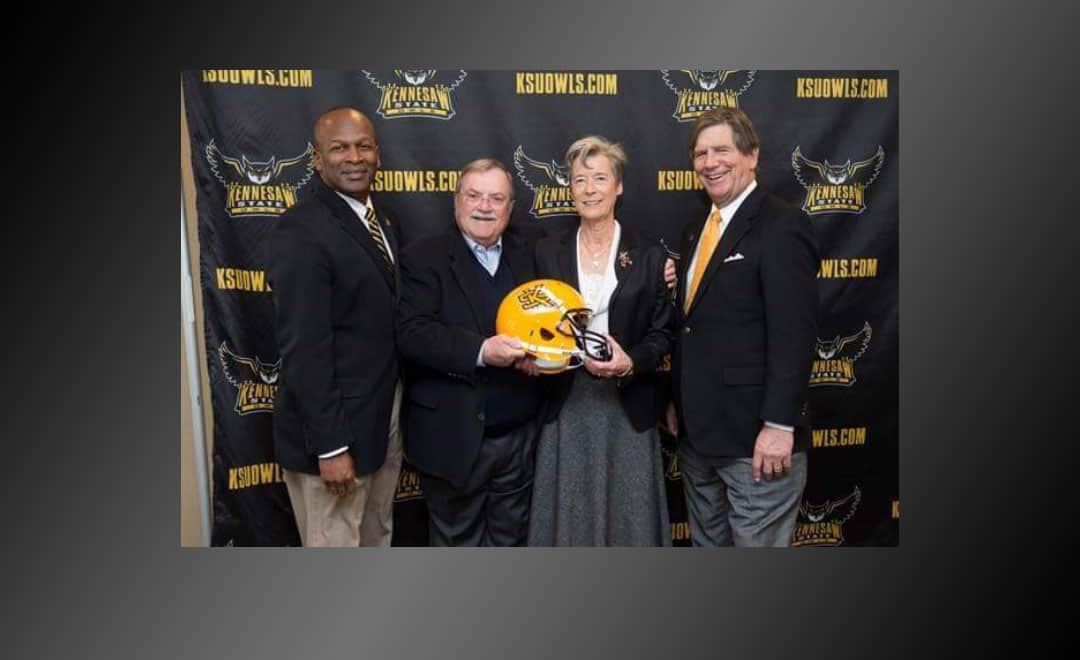 “Pat and I truly excited to enter into this partnership with Kennesaw State Athletics. It is my belief that it is imperative to support higher education and sports by investing in our community’s future leaders,” said Gene Henssler, President of Henssler Financial. “We believe in the outstanding young people who attend Kennesaw State and to be part of this Initiative that benefits the student-athletes is one we are proud to support.”

The OWLS Champions Initiative presented by Henssler Financial is an over-arching program that reflects the university’s commitment to invest in the lives of Kennesaw State University student-athletes in such a way as to foster not only academic and athletic excellence, but to impact their development mentally, socially, vocationally and even spiritually.

“Educating our student-athletes and preparing them to graduate and acquire a vocation is the number one priority of the Department of Athletics, Kennesaw State Director of Athletics Vaughn Williams said. “Having a partner in Henssler Financial who truly shares in this vision for all students at Kennesaw State could not have been a more perfect fit.

“Pat and Gene have supported these initiatives across campus and we are truly excited to have them join in our mission to continue investing in our student-athletes as they strive to become champions in the classroom, in the community and in competition.”

ABOUT KENNESAW STATE UNIVERSITY: Kennesaw State University is the third-largest university in Georgia, offering 80 graduate and undergraduate degrees, including doctorates in education, business and nursing, and a new Ph.D. in international conflict management. A member of the 35-unit University System of Georgia, Kennesaw State is a comprehensive, residential institution with a growing population of 24,600 students from more than 130 countries.

Still too early to make moves in anticipation of higher taxes
October 16, 2020

Record Keeping for Your Own Business
October 16, 2020
Categories
Archives
Go to Top
Get the latest news about how COVID-19 is affecting your financesLearn More
+